Motherboards are the most important thing to look at before buying and building a computer. Choosing the right one means that you aren’t just buying a piece of hardware but also investing in the future of your experience with computing. It’s easy to fall in love with a brand, but because motherboards are so niche, we’ve focused our efforts on the best Asus boards available today, rather than just any old motherboard.

When comparing motherboards, it’s important to look at the overall performance of a motherboard in addition to the specific features that are designed for your particular needs. As a gamer, you may need a board that has more USB ports or more PCIe slots, for example, to connect multiple devices. If you want to game at high settings and have the best display for your computer, you’ll need a suitable one. We recommend you choose one of the following best ASUS Motherboards in 2021. It’s important to buy a motherboard that you can grow into since usually it is changing other parts of the computer that leads to the need for a motherboard upgrade.

The ASUS ROG Rampage VI Extreme Encore motherboards are created for the ultimate PC gaming and overclocking experience. They fit perfectly with the new Intel® Core™ X-series processors to empower you with epic performance and a breakthrough PC experience.

The ROG Rampage VI Extreme/Encore is loaded with features that help provide faster and smoother gameplay today and even better experiences in tomorrow’s games. It combines the latest Intel® Ethernet (I219-V) for faster, smoother gaming with IP- and with FanXpert4 for smarter fan controls, DDR4 4000+ for supreme memory performance.

This is the flagship of the Republic of Gamers line of motherboards, and as such, is priced like one. The motherboard is meant for the most high-end extreme gaming possible in today’s market and thus not for the general consumer/gamer. 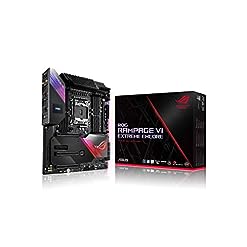 The ROG STRIX X299-E Gaming II is a pro-gaming motherboard that is the latest in high-performance motherboards. This gaming motherboard is more than ready for Intel’s Core i7 and i9 processors and has the latest slots, ports, and expansion options available to gamers. This size board has eight DDR4 DIMMs slots, uses Intel’s LGA2066 socket that has your processor easily accessible. 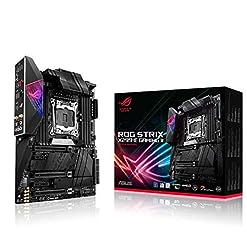 ROG STRIX Z590-E Gaming Wi-Fi is an epic motherboard overflowing with great gaming features, including fast Intel® Wi-Fi 6E and PCI Express® 4.0 M.2 for superfast transfer speeds and storage. At the core is the latest generation Intel® desktop processor, up to 11% faster in performance compared to previous generations, ensuring responsive performance when gaming or running other demanding applications.

The ROG STRIX Z590-E Gaming Wi-Fi motherboard is engineered to provide you with unbeatable gaming experiences. ROG Strix Z590-E gives you a performance boost via 16 phase power delivery and optimized cooling. It also enables you to tap into 5G Wi-Fi for lag-free online gaming and has lightning-fast Intel Wi-Fi 6 Ethernet plus ultrafast 802.11ad Wi-Fi— so you’ll never again be held back by the same room as the router! 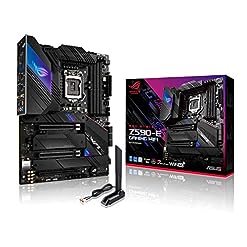 Experience the power of the all-new Intel® Core™ X processor with the ROG Maximus® XIII Extreme. For gamers looking to take their experience over the edge, this is your motherboard. Based on 10th and 11th Generation Intel® Core™ processors, it’s crammed with innovative ASUS gaming technologies that reinvent your entire gaming experience.

This again is one of the most premium boards available from Asus; it has a robust power solution of 18+2 teamed power stages, an enhanced thermal design, and unmatched personalization. If you are aiming for peak performance with Intel’s Rocket Lake CPUs, then this is the motherboard for you. 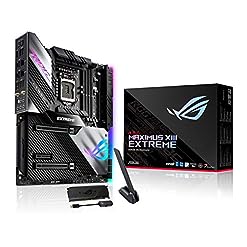 The TUF Z590-PLUS is engineered with military-grade TUF Components, including a TUF Protection backplate, to deliver durability and protection to its lifespan. It’s also equipped with RGB light support and thermal armor to offer an immersive user experience like no other. Its performance and stability are exceptional with the latest Intel® processors and DDR4 memory, keeping you ahead of the curve when gaming and working. Also featuring easy USB 3.1 Gen 2 connectivity, it offers you quality performance along with an enhanced tactile experience at a great price point. 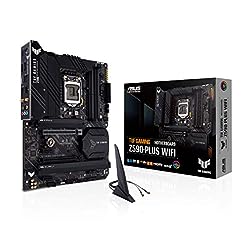 The feature-set usually found in the higher-end ROG Strix X570 Gaming series, including the latest PCI Express® 4.0 interface, is built right into the B550 boards to bring gamers and system builders more gaming thrills without having to upgrade their system components. When teamed up with the 3rd Generation AMD Ryzen™ processor and a compatible graphics card, users can also expect out-of-the-box support for DisplayPort™ 1.4 and Thunderbolt™ 3.

The latest AMD Ryzen™ and 3rd generation Athlon™ processors are geared up for OC potential with 5X Protection III. At the same time, ROG’s patented Cooling Overboost provides an intelligent solution to help achieve optimal cooling for ROG Strix B550-XE Gaming WIFI. The built-in network optimization reduces latency by 30%, allowing for faster responsiveness and smoother gameplay. With these capabilities, this motherboard has all the firepower you need to dominate your favorite eSports titles! 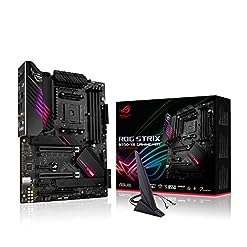 With its stealthy looks and top-notch performance, the Crosshair VIII Dark Hero strikes fear into the hearts of the enemy with a potent combination of next-generation AMD Zen 3 processor and graphics card technology. Its handcrafted ROG Armor, which features a matte black finish for a stylish look, is crafted from red anodized aluminum for strength and durability. The elegant monochromatic theme continues to the Asus ROG Motherboard now with even more impressive power delivery components.

Artfully engineered to deliver advanced performance with ultimate style, the Crosshair VIII Dark Hero is a gaming motherboard born of ASUS ROG lineage that’s ready for new generation AMD Ryzen™ 3000 series processors with up to 20MB of combined cache. With support for high-speed memory and 3200+(OC) MHz M.2 devices, this board stays true to the ROG creed: Gaming has no borders. An advanced cooling module and integrated protective backplate help bridge the gap between Crosshair VIII Dark Hero’s robust features and stealthy appearance. 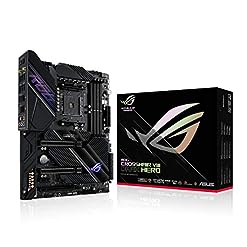 ROG STRIX X570-E Gaming is a feature-packed AMD X570 ATX gaming motherboard, ready to take your build to the next level. Getting started is easy with comprehensive ASUS, and ROG features that you’re accustomed to, so you can concentrate on making the most of Ryzen’s incredible performance.

ROG Strix X570-E Gaming builds on the already harmonious collaboration between ROG and ASUS to offer a comprehensive gaming motherboard solution for AMD’s 3rd Generation Ryzen processors. The top-tier component selection and intelligent fan controls not only highlight ROG’s commitment to the best technology for gamers but also their focus on achieving the perfect balance of cooling, performance, and audio. 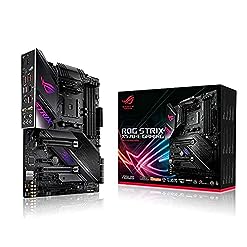 The ROG STRIX TRX40-XE Gaming combines outstanding 3rd Gen Ryzen Threadripper CPUs and memory overclocking with ROG-exclusive features and technologies. The result is one of the most capable gaming platforms ever built, ready to go head-to-head with the most demanding tasks and scenarios, whether they’re computation- or graphics-related. It is meant for gamers who want to go above and beyond. 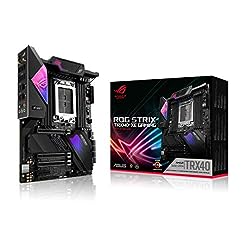 With support for AMD® 3rd Gen Ryzen™ Threadripper™ processors, the ROG Zenith II Extreme Alpha lets you take advantage of massive core counts and high clock speeds with up to 5 M.2 drives. This is where performance and storage go beyond expectation.

ASUS-exclusive Aquantia® 10 Gbps Ethernet delivers incredible networking speeds and WLAN 6 ready connectivity for Wi-Fi 6 devices. Get the best of both worlds with onboard Intel® Gigabit Ethernet for all your wired connections while enjoying the superior speed and range from the ASUS-exclusive onboard wireless solution. 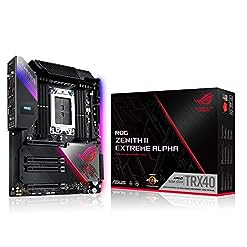 As an Amazon Associate, we earn from qualifying purchases.

We and selected third parties use cookies or similar technologies for “strictly necessary activities”, “basic interactions & functionalities”, “experience enhancement”, “measurement” and “targeting & advertising” as specified in the cookie policy.You can consent to the use of such technologies by closing this notice, by scrolling this page, by interacting with any link or button outside of this notice or by continuing to browse otherwise.
More info Accept